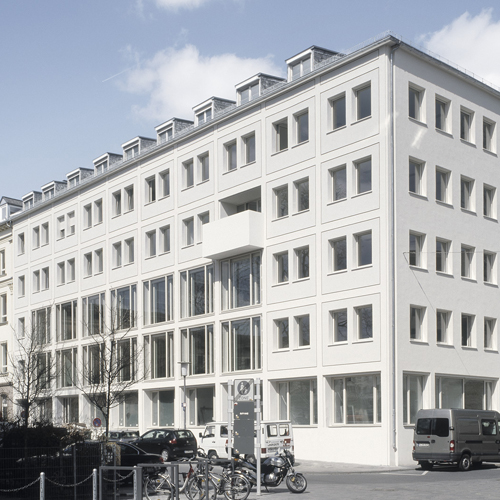 "Excellent Architecture in the State of Hesse - Johann-Wilhelm-Lehr-Badge"

Turkali Architekten receive the Johann-Wilhelm-Lehr-Badge for the rebuilding and renovation of the House of the Protestant Church in Wiesbaden. The BDA Hesse awards this distinction for good, exemplary architectural work every five years. Associated which the prize, a touring exhibition of all projects will begin at the Deutsches Architekturmuseum DAM (German Museum of Architecture) early 2014. In addition, a catalogue will be printed, featuring the awarded buildings.