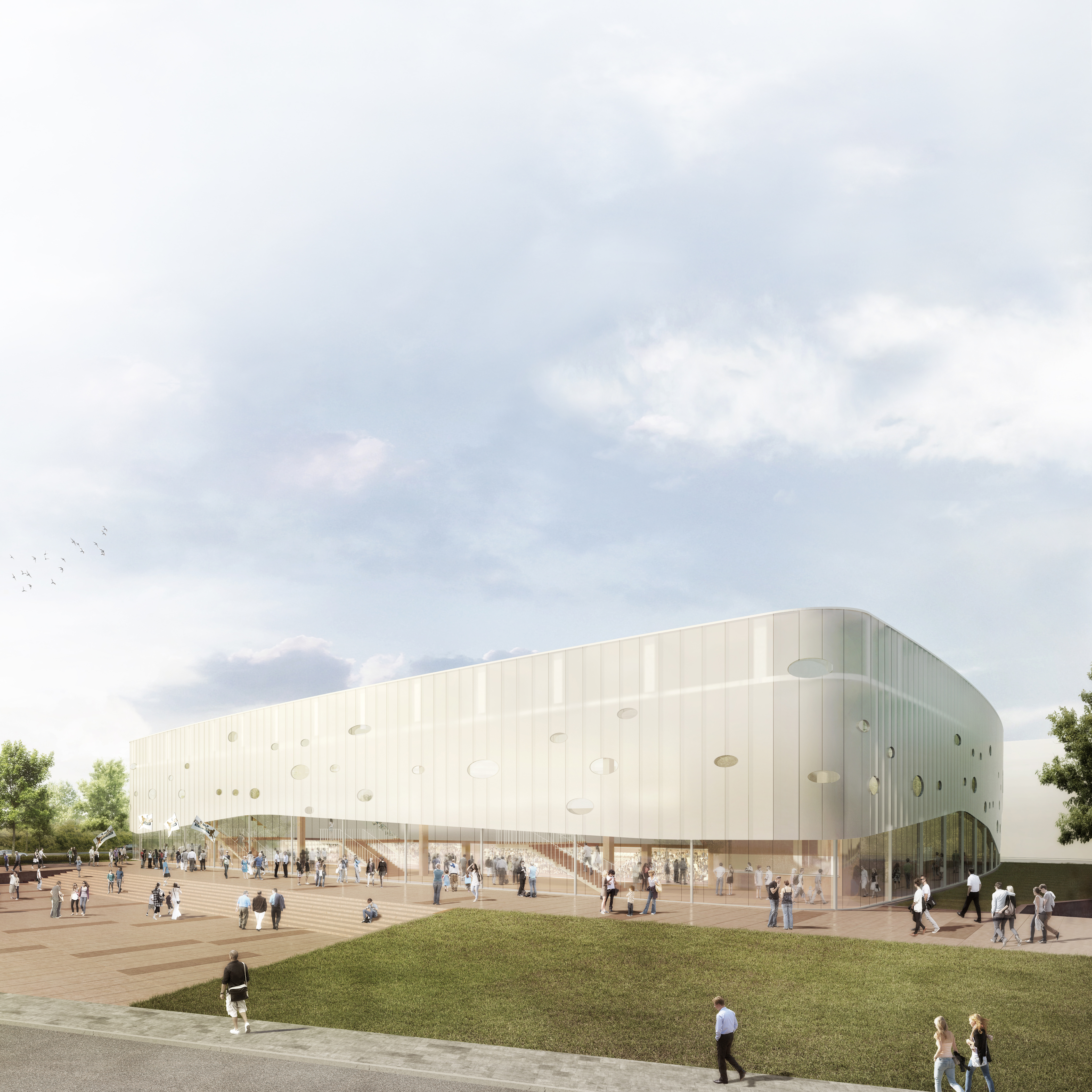 Green light for the Sports Hall in Heidelberg

With a large majority, the Heidelberg town council voted for the construction of a new sports hall in its meeting yesterday. The sports hall will be realized according to plans by Turkali Archiekten.

The multifunctional sports hall, that has a capacity of 5000 spectators, will be established in the former Patton Barracks areal in the Heidelberg district Kirchheim.

Telescopic grand stands enable a variable court size, adapting the hall for school sports as well as home matches of the basketball team “MLP Academics” and the handball team Rhein-Neckar Loewen. In addition, the hall will be utilized for concerts and congresses.

The curved transparent facade of the building adapts to the hilly landscape of the Odenwald. The red interior is planned in the style of red sandstone, which is predominant in Heidelberg.