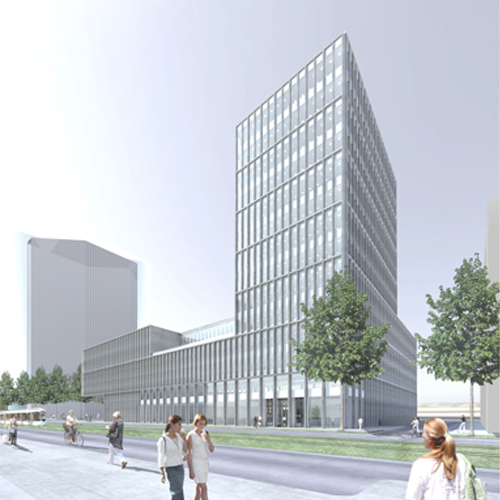 Turkali Architekten win the competition for the new headquarters of Bilfinger, Mannheim

Together with the City of Mannheim Bilfinger SE conducted a competitive process for the planning of their new headquarters. 18 well known architecture firms participated.
The jury, chaired by Peter Cachola Schmal, Director of the Deutsche Architekturmuseum Frankfurt, awarded unanimously the contribution of Turkali Architekten the first prize.
The plan shows a six-story perimeter block and a 50 meter high-rise in a prominent location close to the main railway station in the Glueckstein-Quartier in Mannheim.
The company's headquarters will be in the immediate vicinity of the newly planned Lindenhofplatz and the high-rise building of Victoria insurance as well as a new structure that defines the southern entrance to the main station. The completion of the new building is planned for the first half of 2018.