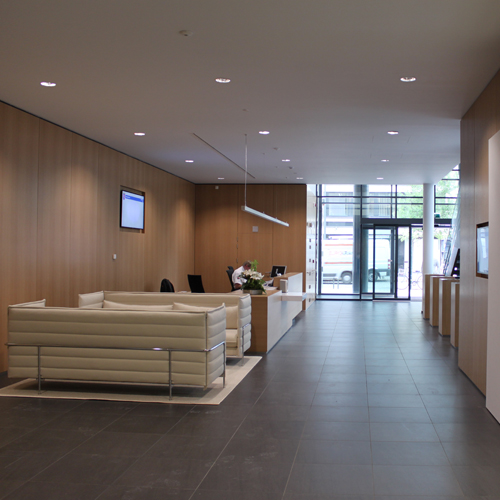 The Representative Office of the State of Hesse in the newly constructed Multi-Regional-House is ceremonially being inaugurated in Brussels today. The representatives of the four regions Aquitaine, Emilia-Romagna, Wiekopolska and Hesse - represented by Prime Minister Volker Bouffier - will orate, along with José-Manuel Barroso, President of the European Commission and Jörg-Uwe Hahn, Hessian Minister of Justice, Integration and Europe.
Turkali Architekten created the overall concept for the color design and furnishing, which includes public spaces such as the foyer and the "room of the regions" as well as the furniture of the Representative Office of the State of Hesse.